THE CONCEPT OF GLOBAL CITIZENSHIP 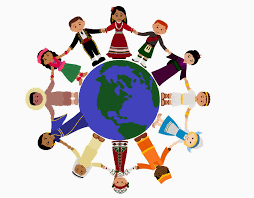 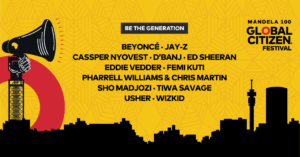 A global citizen is someone who identifies with being part of an emerging world community and whose actions contribute to building this community’s values and practices.

Now that’s the definition we need to memorize!

Oxfam goes further to define: A global citizen is someone who is aware of and understands the wider world – and their place in it. They take an active role in their community, and work with others to make our planet more equal, fair and sustainable.

In all of this, we see that everyone is a global citizen, but not everyone understands their place, rights and responsibilities. This tells that many people are not living as global citizens.

Some months ago, I discussed with someone where I talked about global citizenship, he responded, “Have I finished being a Nigerian citizen?” and I was amazed. He went on to explain that charity begins at home and that even before we think of the world, we should first think of home. I responded that one does not have to finish one before doing the other; both can be carried along. I tried to make him understand that service to one’s community is part of global citizenship responsibilities- that in fact, one of the slogans of global citizenship is to “Think globally and act locally,” but this young man was bent on his myopic ideology “We are just deceiving ourselves with all these global issues and goals. The sooner we understand that we should live for ourselves, the better.” Now these kinds of orientations have to be broken!

We live in a world were political and cultural divides have placed so many demarcations among us, so many walls! These walls have constrained us to small spaces, when as global citizens, we have limitless boundaries. Let me explain.

First time I was in Benue State, I thought that indigenes were either TIV or Idoma, then I got to know about the Igedes. So, one day, I met a man at a shop and we got talking, he said he was from the state so I naively asked, “Are you Tiv, Idoma or Igede?” Immediately, he became offended. “Why is it that people always ask me this question? Is it only those three tribes we have in this state?” I later got to know that he was an Etulo and that other minority tribes including Jukun, Ufia, and Akweya-Yachi exist in the state as well. Is there any problem with that? No! The only problem is how the existence of so many ethnic groups have created divisions, even within states.

Now, when we go further into regional, national, continental and global geography, we hear “She is Nupe but not from Niger State. She is from Kwara” “Why is it that in the North people always think that if one is from the South, the person is either Igbo or Yoruba? I am an Urhobo man, I am neither from South-West nor South-East. I am from Delta State in South-South.” Outside the continent, you could hear things like this “Yes, I’m an African, but I am from Uganda. I am not a Nigerian please!” LOL! “She is a European and not an American” “They aren’t Australians by birth, etc. Again, there is nothing wrong with these statements but with the classifications. And though such classifications make people unique, they come with limitations and sometimes segregation.

With all these boundaries, understanding that we are citizens of the world might be somewhat difficult. But global citizens would rather see themselves as citizens of the earth than part of a tribe, race or political territory. This does not however annul their root. Wikipedia explains this better.

Global citizenship is the idea of all persons having rights and civic responsibilities that come with being a member of the world, with whole-world philosophy and sensibilities, rather than as a citizen of a particular nation or place. The idea is that one’s identity transcends geography or political borders and that responsibilities or rights are derived from membership in a broader class: “humanity”. This does not mean that such a person denounces or waives their nationality or other, more local identities, but such identities are given “second place” to their membership in a global community…

Global citizens are open-minded people who embrace diversity and shun all forms of discrimination. They understand their own rights and respect the rights of others, and believe in equality of and equity for all persons no matter their race, culture, religion, gender, age, education, social class, orientations, etc. They also constantly seek to be informed of world issues and global goals, socialize with people of various parts of the world, develop 21st century skills and make contributions towards world development.

In the next part of this article, I will explain how we can draw conviction about our inclusion and why we don’t need to be persuaded into living as global citizens.

4 thoughts on “THE CONCEPT OF GLOBAL CITIZENSHIP” 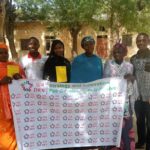 SI4DEV has been working round the clock to achieve our…

It is my pleasure to inform you that the implementation… 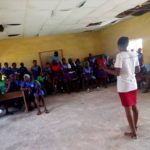 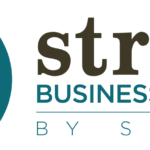 We are excited to embark on a new adventure! In…