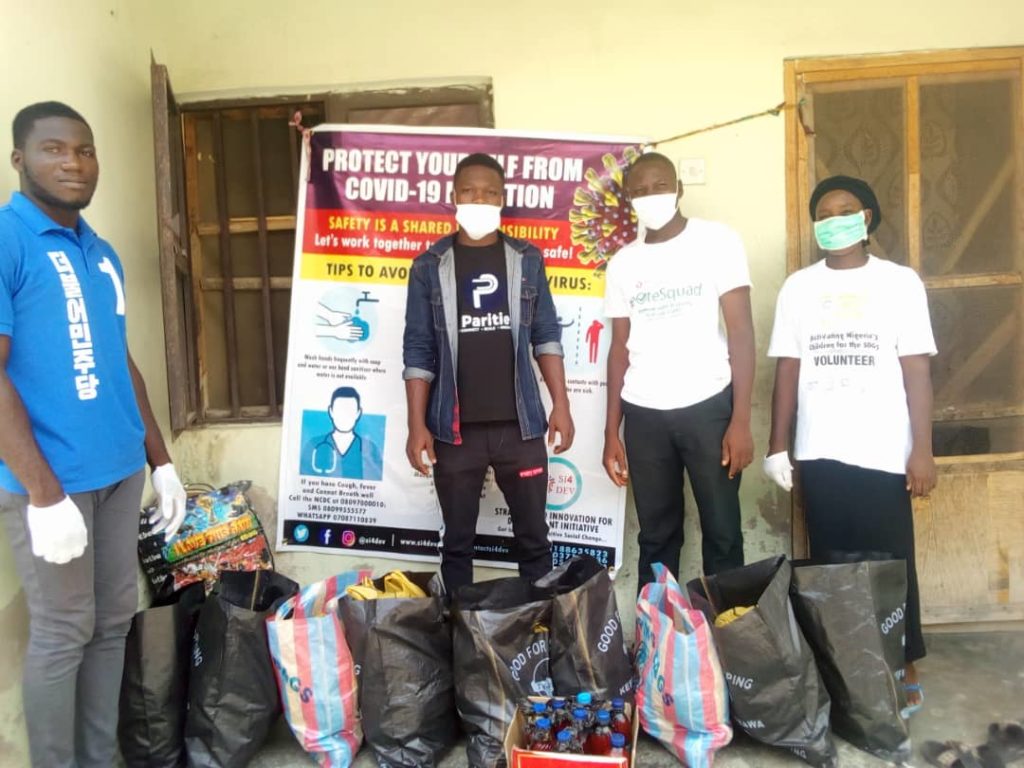 INTRODUCTION : This awesome and timely project was designed to assist the vulnerable members of our society with food items in order to cushion the effects of the lockdown imposed in the state as a means to tackle the spread of the Covid-19 virus .
The vulnerable members of the society that benefited from this intervention were drawn from two communities within Niger State which are Minna community and Zumba community. In Minna, between 20 to 40 people where reached with palliatives while about 300 people where reached in Zumba Community with face masks.

ITEMS PURCHASED: Items purchased and distributed include: Garri, Beans, Vegetable and palm oil, Yam, Spaghetti, Rice, Sachet Tomatoes, Detergents, Salt and face masks. The visit of the SI4DEV volunteers was timely and could not have come at a better time other than now, according to the beneficiaries, owing the fact that the lockdown was already having a negative effect on the community, due to majority of the community members depending on hand to mouth style of living. This privilege given to us community volunteers by SI4DEV opened our eyes to the fact that people are really suffering and just a few was reached.
RECOMMENDATION: I will like to solicit for intervention such as these which should be able to cover more members of this community, because there is every tendency that the lockdown will persist, owing to the fact that on daily basis new cases are being identified in our community.
VOLUNTEERS : The Volunteers name are:- SALAWU SIMON .IKE OKORO, DORCAS , JONATHAN, THEOPHILUS AND JULIUS
CONCLUSION: We from Minna, Niger State lack words to appreciate SI4DEV and their supporters all over the world, for this opportunity to serve humanity and we pray God’s blessings will be the portion of all the donors now and beyond. 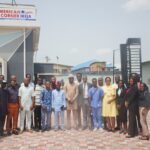