The Attenuation of Public Funds 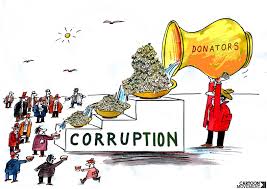 Public funds are meant for public good, however in most cases, they fail to maximally fulfill their purpose. This is often due to fact that they do not get to their destination exactly as they were released.

We use the word ‘attenuation’ a lot in physics. There, attenuation usually refers to reduction of signal strength due to losses. As a broadcast engineer I am aware of how in video transmission, especially analogue, the quality of sound and picture dwindles when transmitted across any medium over a distance. So. whether it is through coaxial cables, optic fibre or microwave, signal drop is inevitable. It explains why a 5KW transmitter may not be able to push clear signals to viewers five miles away on terrestrial alignment. The same principle applies to the telecoms industry where some base transmission stations are used as repeater stations to reboost signals and to the electricity distribution sector where there are step-up transformers to make up for losses over transmission lines.

Among others is a major cause of attenuation- noise. ‘Noise’ refers to the distortion of signals due to interference. Interferences are caused by environmental intruders that distort signals, resulting in wearing of signals.

In Nigeria, public funds often attenuate due to interferences- a clear case of corruption. In most cases, as they are passed down the ladder, they get several cuts. Unfortunate as it may seem, the menace is often committed by people saddled with the responsibility to ensure that projects or activities for which these funds are meant are implemented, but greed makes them take ‘their share’ to the point where the funds become insufficient to wholly solve mapped issues. They are ‘noises’. In cases where are no chains downward, there may be outright sharing of fund released, leaving only a portion for implementation of the task. Attenuation!

I watched the public hearing on the violation of public trust in an agency saddled with the responsibility of responding to crises and disaster situations and I personally gathered that funds released were not utilized in time to save emergency situations within a period of 16 months, coupled with the fact that relief items when supplied where insufficient. Misappropriation of public funds seems to be a common problem in Nigeria, and the ‘my share of the national cake’ mindset appears to be the fueling force.

Think of how grass roots and masses suffer from the injustice triggered by corruption. Think of how middlemen slash down what isn’t meant for them. Think of how corruption has resulted in lesser accomplishments.

What is painful about attenuation of public funds is that there are rarely ‘boosters,’  ‘amplification stations’ or ‘step up devices’ to make up for reductions. 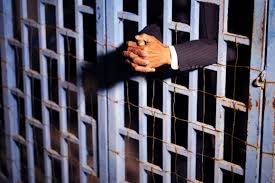 Public funds are meant for public good, therefore, there must be thorough scrutiny into their  spending and severe sanctions on those who illegitimately attenuate them, thus reducing their capacity to deliver desired results.

9 thoughts on “The Attenuation of Public Funds”